It is always harder to compare something, which has very similar values with the other one. Bluehost and I Page are well-known names in hosting world since they are very competitive in plans, pricing, and quality.

This Bluehost vs iPage comparison guide is mainly focused on the reliability and performance for running Word-Press websites on these hosting. Let’s look into some basic knowledge about both the hosting companies.

Bluehost and I Page are part of the same company known as Endurance International Group. In fact, this company holds more than hundred hosting companies including Hostgator, Big-Rock and I Page. EIG Group is one of the internet’s largest hosting providers. Now, enough of history session, we will look into the details of both hostings.

Our engineers have tested website speed while hosted with Bluehost and Ipage from different server locations and we found Bluehost is 30% faster than I page in almost all locations. 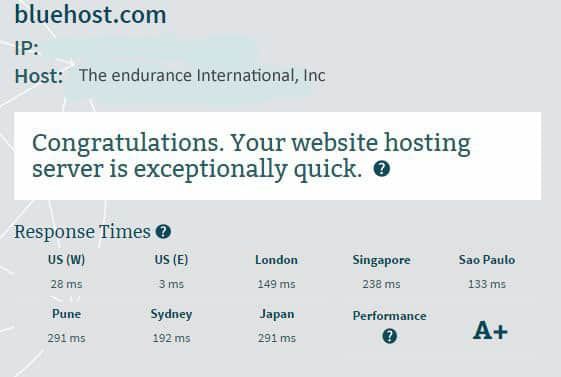 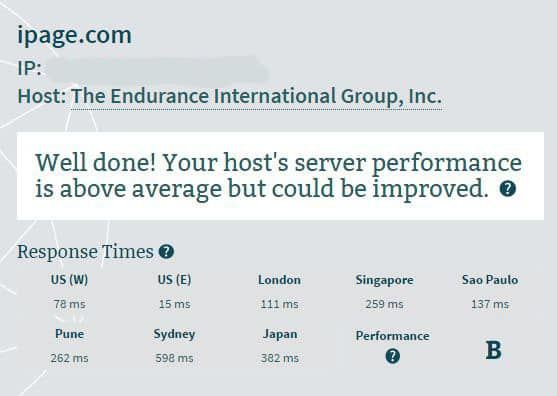 Bluehost and iPage recently cut down their monthly charge for every plans and Bluehost now giving Basic plan at $3.95/ month. While comparing to Bluehost, IPage will be a better option those who are interested to spend less money on hosting. I Page is giving its basic plan for 1.99$.

Let’s Go through the Price comparison of both Bluehost and iPage by the table below.

Recently, before two years Bluehost and many other hosting providers that are owned by Endurance International Group faced a very high-security breach. In March 2015, Syrian Electronic Army hacked almost every hosting by EIG group that includes Hostgator, Bluehost, JustHost, and FastDomain. But after that incident, Bluehost enhanced their security features and now they have world’s most safe “Layered Security system”. Since both hosting are a part of EIG Group, they have appreciable security features.

This is the only part where I Page is getting a lead on this comparison. Bluehost is considered as one of the top-notch hostings in the world, but due to the heavy number of customers they have, they couldn’t manage their customer support feature well. Recently a report says that Bluehost took 194 hours to solve a problem of the customer. After that news came up, Bluehost’s average responding time jumped to 37 minutes.

I page is holding more than 1 million websites, but they are far better than Bluehost while considering customer support.

Compared to iPage, Bluehost is far better in features, C-Panel, Speed, and Reliability. But iPage is very cheaper while compared to Bluehost. It can be useful for budding bloggers and websites which have very low traffic. If you want to run a personal blog/Website, no-business websites, Ipage will be a better option

If you are planning to build a business website, don’t take a risk by selecting iPage. You can opt for Bluehost and feel satisfied and tension free.

Hope this Bluehost vs iPage comparison helped you to choose the best hosting plan. To know more about both hosting in detail, you can take a look at our other blog posts listed below. Do share your thoughts and comments in the below box.